ACA Form 1095 Reporting Requirements in 2017: The Good, The Bad, and the Merely Confusing 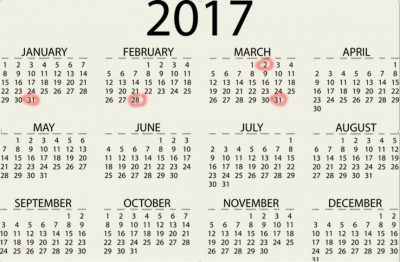 Unless your clients have been living under a rock, they know that we’re on the brink of some sort of changes to the Affordable Care Act (ACA). Actually, this news has been so pervasive that probably even if they have been living under a rock, they’ve heard, and regardless of how they feel about the law, they are probably coming to their annual meetings with you confused about the current status of ACA reporting requirements. Judging from the chatter on blogs and discussion boards, everyone is—even some tax professionals. So, here’s a quick rundown of where we stand on form 1095 and taxpayer self-reporting– at least as of today.

Good: Some deadlines were extended again this year and are as follows:

Bad: The reporting still needs to be issued to employees and transmitted to IRS.

Confusing: It is unclear what, if anything, IRS or other agencies will be doing with this information.  Immediately after his inauguration President Trump signed Executive Order 13765, directing all federal agencies to  “waive, defer, grant exemptions from, or delay the implementation of any provision or requirement of the Act that would impose a fiscal burden on any State or a cost, fee, tax, penalty, or regulatory burden on individuals, families, healthcare providers” etc.  It is unclear that any enforcement activity based on the filings will occur. Nonetheless, the filings themselves are still required.

Good: IRS will once again accept individual returns that are “silent” as to insurance status. Although ACA rules technically require individuals to submit insurance information on Form 1040 to prove they have the coverage required by ACA’s “individual mandate,” the IRS has not, up until now, rejected 1040 filings that omitted this information. In 2016, the IRS indicated that this practice would change in 2017 and that forms that did not include the required insurance status information would be rejected. However, after Executive Order 13765 was issued, IRS changed its position, stating that this year it will again accept returns that are silent regarding insurance status.

Bad: The actual penalties for failure to comply with the individual mandate are NOT suspended or repealed.

Confusing: The fact that IRS is accepting forms that don’t include required information, while the actual requirement and the penalties associated with it remain legally in full force and effect, sends a major mixed message. Some taxpayers who technically owe a penalty for not carrying required coverage are filing “silent” returns and banking on non-enforcement—which would seem consistent with the President’s Executive Order. But in a large bureaucracy attached to a cash strapped treasury, that’s a dangerous game. Legally, there is nothing to stop IRS from eventually following up on silent returns and enforcing applicable penalties.

Of course, this could all change if legislation to repeal and replace the ACA is passed and if it includes any sort of retroactive relief. Surgent will be here to help you make sense of it all if that happens.

Want the latest breaking news updates on the ACA? Follow along with our Trump Tracker for CPAs.

ACA Form 1095 Reporting Requirements in 2017: The Good, The Bad, and the Merely Confusing was last modified: March 31st, 2017 by Surgent CPE