“A Better Way,” The Mnuchin Rule, and Anticipation of Trump’s April 26 Announcement 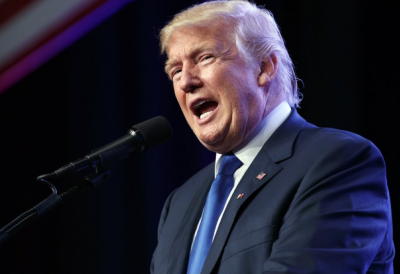 In anticipation of President’s Trump’s proclaimed “big tax reform and tax reduction” announcement Wednesday, we’ve taken a look at each of the key players in the Republican tax reform effort, including President Trump, Secretary Ryan, and Steve Mnuchin.

On the business side the proposals include:

Speaker of the U.S. House of Representatives Paul D. Ryan Jr: In mid 2016, Speaker Ryan introduced the GOP’s “A Better Way” Tax Proposal, also has been referred to as “The Blueprint.” The proposal mirrored many of Trump’s proposals, however with less drastic rate cuts. The proposal included the follow points (not all inclusive):

On the business side the proposals include:

US Secretary of the Treasury Steven T. Mnuchin: Mnuchin has been attached to a so-called “Mnuchin Rule.” During his confirmation hearings, Mnuchin was asked whether the administration’s tax reductions would mostly favor wealthy taxpayers, to which he inferred the absolute tax cuts for high income individuals would be offset by increases in other areas such as reduced deductions.

More recently Secretary Mnuchin did not fully commit to his newly ascribed canon, rather he is quoted as saying, “Our primary focus is a tax cut on middle income and not the top 1%. We’re working toward that as a goal. Don’t hold me to that to the penny. But that’s the direction we’re going in.”

Chairman of the Committee on Ways and Means, Kevin Patrick Brady: Brady has indicated in late April 2017 that the House Republican Blueprint includes vast simplicity, “What we are proposing is never-before-seen simplicity—that nine of ten Americans will be able to file their taxes on a postcard-like system.”

Surgent will monitor issues as they develop. Subscribe to our blog, and follow along with our Trump Tracker for CPAs, to be sure you’ll hear about developments as they happen.

“A Better Way,” The Mnuchin Rule, and Anticipation of Trump’s April 26 Announcement was last modified: May 5th, 2017 by Surgent CPE