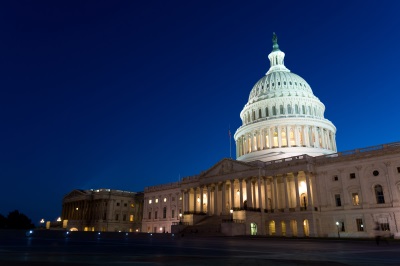 Republican lawmakers released their conference committee report for The Tax Cuts and Jobs Act on December 15, 2017. This compromise tax reform package passed in both the House and Senate the week of December 18th. President Trump’s signature has heralded in the most substantive changes to the tax code in over 30 years. The basic frameworks of individual and corporate taxation have been categorically altered, and practicing professionals simply must get up to speed on the new law to remain competent and relevant to paying clients. Let’s look at some of the major provisions.

These provisions begin in 2018 unless noted and many of the individual provisions are temporary, with some set to expire as of January 1, 2026.

A couple of noteworthy items did not make the final cut of the compromise tax reform package. Both House and Senate bills initially restricted the §121 ability of a married couple to exclude $500,000 in capital gains ($250,000 single) on the sale of a home. The rule remains unchanged that the exclusion is available if the home was used as a primary residence for at least two of the last five years.
For all of our friends with stocks in taxable investment accounts, the Senate previously sought to mandate the use of FIFO (first in first out) where the first shares purchased would automatically be those identified upon sale. A taxpayer is still able to specifically identify which shares are sold and is not limited to those first purchased as the FIFO rule did not make it into final legislation.

Want to be ready to both explain what’s in this compromise tax reform package and communicate how the final changes will impact both individual and business clients? Attend our all-new webinar, first airing on Friday December 22nd: Critical Tax Reform Update for CPAs: The Tax Cuts and Jobs Act (course acronym: TACT).

Since this article was first posted, Surgent has developed five new tax reform CPE courses on various aspects of the far-reaching law, with more courses in development. Be sure to sign up for updates from this blog to stay informed.

Nick Spoltore is Senior Director of Tax & Advisory Content for Surgent CPE. Mr. Spoltore is a graduate of the University of Notre Dame and of Delaware Law School. Before joining Surgent, he practiced tax and business law at the firm of Heaney, Kilcoyne in Pennsylvania and also in Delaware.