Finally, Some Movement in Washington on the Race to Tax Reform—And It’s Not What We Were Expecting 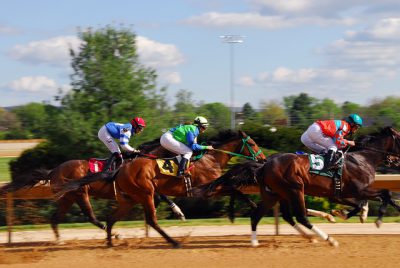 On April 21, 2017, President Trump signed an executive order directing the Department of the Treasury to examine Obama-era rules dating back as far as January 2016 and to consider action to reduce the burden on taxpayers resulting from these rules. On its face, this feels like the firing of the starter’s gun for the much-anticipated Republican tax reform effort, and that may well be the intention.

Things get confusing, however, when you look at Obama administration tax activity during the affected period and consider what the executive order might actually allow the Treasury to do.

The primary Obama-administration-driven Treasury rules effort during this period focused on corporate inversions, in which a U.S. corporation moves its domicile overseas to reduce its U.S. corporate tax burden. Inversions came into the spotlight in 2014 as a result of some high-profile efforts by companies like Pfizer, Walgreens, Astra-Zeneca, and Medtronic to move domicile out of the U.S., often through mergers with foreign entities based in “tax haven” countries. After failed legislative efforts to address the inversion trend, the Obama administration introduced new Treasury rules designed to restrain the ability of U.S. companies to put their domicile overseas to avoid U.S. taxes. These rules are credited with halting the planned Pfizer merger with Allergan, which would have moved the pharmaceutical giant’s domicile (and much of its tax obligation) to Ireland while its operations remained heavily based in the U.S.

Because the new executive order limits its scope to examining Obama administration rules, in Treasury, and during the last 12 months of the administration, the main thing it appears the order could prompt is a change in the anti-inversion rules. It would be surprising for the Trump administration to drive toward that result given its long-stated intention to keep more corporate profits in the U.S.

The order may have more symbolic impact than anything else, and may not result in more than an examination of the rules without any actual changes. Or it might prompt policy findings that rulemaking is not the appropriate way to address the inversion issue, setting up the case for legislative efforts at comprehensive corporate tax reform. Or, it could pave the way for pronouncements about the complexity of Obama-era rules generally, again setting the stage for efforts to simplify the tax code and the rules that are used to enforce it.

So the starter’s gun might have finally been fired. But where the race ends is still anyone’s guess.

Surgent will monitor issues as they develop. Subscribe to our blog, and follow along with our Trump Tracker for CPAs, to be sure you’ll hear about developments as they happen.

Finally, Some Movement in Washington on the Race to Tax Reform—And It’s Not What We Were Expecting was last modified: April 25th, 2017 by Nick Spoltore