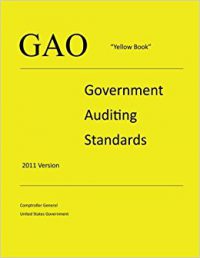 On April 5, 2017, the GAO released a 2017 exposure draft for a revised Yellow Book (a.k.a., Government Auditing Standards). The document is available at www.gao.gov and it carries a comment deadline of July 6, 2017. The revised Yellow Book will replace the 2011 version when issued in its final form.

Some of the key proposed changes relate to:

Interested in learning more? Attend one of these webinars for the Complete Guide to the Yellow Book.

Charlie Blanton, CPA is Senior Director of Governmental and Nonprofit Content for Surgent, where he authors Surgent’s government and not-for-profit CPE courses and is a frequent webinar instructor. Charlie has over 25 years of experience in auditing and industry having worked at KPMG, the Texas Society of CPAs, Taylor Publishing, Texas Wesleyan University, and the AICPA.