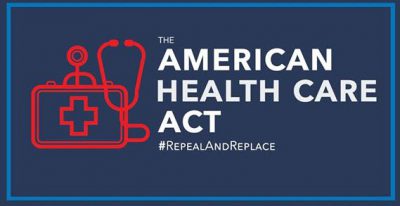 Late on Monday, March 6, 2017, the full text of Congressional Republicans’ proposal to repeal and replace the Affordable Care Act (or “Obamacare”) was finally released. The bill, which has been given the title “The American Healthcare Act,” is now with the Congressional Budget Office (CBO) for “scoring” to determine its costs and impacts. It is expected to be voted out of the House Energy and Commerce and Ways and Means Committees this week, after which (assuming favorable committee recommendations) it will make its way to the floor of the full House of Representatives for debate.

Here’s what we know now about key provisions and their timing:

The requirement for most Americans to maintain health insurance coverage would be repealed as of the end of 2015. It would be replaced with a provision allowing insurers to impose up to a 30% increase in premiums on individuals who allow their coverage to lapse. This raises some interesting and as yet unanswered questions for tax preparers. For example, what happens to IRS penalties that would have been assessed against taxpayers for failure to maintain health insurance in calendar year 2016? How would employer sponsored health insurance be affected by the lapsed coverage rate hike (for example, in the case of an incoming employee)? Presumably more of these details will be fleshed out as the proposals make their way through the process.

The requirement for employers with more than 50 full-time employees to provide minimum essential coverage would be phased out at the end of 2019.  Penalties for failure to comply with the Employer Mandate would be reduced to zero effective 12/31/15, effectively removing the teeth from the mandate and creating interesting questions for employer tax returns, particularly for fiscal years that overlap the 12/31/15 date.

Credits to Defray the Cost of Coverage for Individuals

The ACA premium subsidies would phase out at the end of 2019. The proposal would replace the ACA cost sharing and tax credits framework with an age-adjusted tax credit individuals can use to offset coverage costs. The credit begins to phase out, in 10% increments, above annual incomes of $75,000 for an individual and $150,000 for families.

These very popular provisions of the ACA remain in place under the repeal and replace proposal.

This controversial tax on the most generous (and high cost) health insurance plans is a not-yet-implemented funding component of ACA. Surprisingly, this is retained in the repeal and replace proposal, though its effective date is delayed until 2025.

Most of the taxes used to derive revenue to offset the costs of ACA would be repealed under the current proposal. This includes the tanning tax, the medical device tax, the health insurer tax, the Medicare investment tax, and more.

These are by no means all the provisions of the proposal, which is 123 pages long and still undergoing detailed analysis as part of the CBO scoring process. The proposal also has important impacts for public health funding, state cost and risk reduction projects, and much more. For now, suffice it to say the proposal raises more questions than answers, and will provide plenty for tax preparers, employers, and individuals to think about as it works its way through the process. Surgent will continue to examine this proposal as it unfolds, and share our thoughts on this blog and the advice of our experts in our 2017 courses. To be sure you don’t miss one of our updates, subscribe to our blog.