Intellectual Curiosity: It’s Admirable, but is it Deductible? Where to Draw the Line for Business Expenses 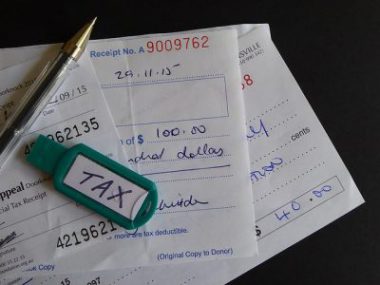 The Tax Court held that a married couple, a college professor and a librarian could not deduct as unreimbursed business expenses the costs of their home Internet expenses, cellular phone expenses, computer equipment expenses, and professional library and satellite television expenses (Tanzi v. Commissioner, T.C. Memo 2016-148). During the first half of 2011, the taxpayers were employed by a state college. The husband taught math and communications classes as an adjunct professor, and the wife was employed as a campus librarian. The husband is highly educated, with a doctorate in communication.

As he explained at trial, individuals holding such degrees bear a lifelong burden of “developing knowledge, finding knowledge, exploring, [and] essentially self-educating.” The husband therefore insisted that all expenses paid in adding to his “general knowledge” should be deductible as unreimbursed employee business expenses.

On Schedule A of their Form 1040, U.S. Individual Income Tax Return, the taxpayers deducted: (1) 100 percent of their phone, Internet, and television expenses — all of which they classified as “electronic support;” (2) depreciation expenses for assets allegedly purchased in prior years; (3) expenses incurred in purchasing books, DVDs, and CDs for a “professional library;” and (4) computer equipment expenses.

The taxpayers next argued that they were entitled to a $2,288 deduction for cellular phone expenses, and provided copies of their cellular phone statements showing they paid the expenses. However, they did not establish the extent they used the cell phones for business purposes relative to total use –they simply deducted the entire amount. Since there was insufficient evidence in the record to reasonably estimate and allocate an appropriate amount for deduction, the Court disallowed the deduction for cellular phone expenses.

In support of their deductions, the taxpayers yet again argued that the expenses were ordinary and necessary to their trades because they must constantly expand their “general knowledge” to be effective at their jobs.

Again, the Court found this argument unpersuasive. The expenses were not ordinary and necessary to their trades but were rather in the nature of personal expenses. None of the expenses were a condition of their employment. The husband even admitted that he was aware of no university that requires professors to purchase these additional materials and services in carrying out their jobs. Accordingly, the taxpayers were not entitled to deduct satellite television expenses or the costs of maintaining their professional library.

In total, the Court held that none of the unreimbursed employee business expenses in dispute were deductible. Despite the fact that the Court found credible the taxpayers’ testimony that they spent significant time and resources educating themselves, the expenses were not ordinary and necessary for the trades of being a professor or a campus librarian but rather were nondeductible personal, living, or family expenses.

Intellectual Curiosity: It’s Admirable, but is it Deductible? Where to Draw the Line for Business Expenses was last modified: March 29th, 2017 by Surgent CPE