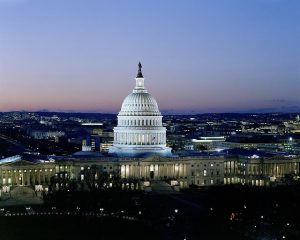 In her report to Congress on January 10, 2017, National Taxpayer Advocate, Nina Olson, detailed the annual IRS appropriation of $11.2 billion. Of the $11.2 billion, only 21% is attributable to Taxpayer Service as opposed to 43% for Enforcement. The disparity is further highlighted since of the money earmarked for Taxpayer Service, 73% goes to operational issues such as processing tax returns. Very few dollars are comparatively available (less than 6% of the IRS budget) for functions such as outreach and education.

These allocations have resulted in a system where the primary focus is to bring ostensibly noncompliant taxpayers into compliance. Taxpayers perfectly willing to comply are left with inadequate support. Take for instance the 53% of calls the IRS answered in 2016 from taxpayers seeking to speak with a representative on the phone.  Among the approximate half of callers who got through, the average time spent on hold was 18 minutes.

The report also concludes that since the IRS is an enforcement-centric tax agency, where taxpayers do not get the assistance needed, if they make a mistake, they are inevitably treated as tax evaders. Such treatment often breeds resentment and ups the risk that a taxpayer is no longer willing to be compliant.

Ultimately, the report recommends a different approach – one where the IRS assumes that taxpayers, for the most part, seek to obey the tax laws. The primary mission of the IRS could be re-focused to facilitate compliance by providing taxpayers with the assistance needed to meet their tax obligations. It is a novel question, and certainly one that does not ignore active tax evasion but hopes to alter design and viewpoint. Such a shift in culture from enforcement to service would undoubtedly foster a better relationship of trust and confidence with taxpayers.