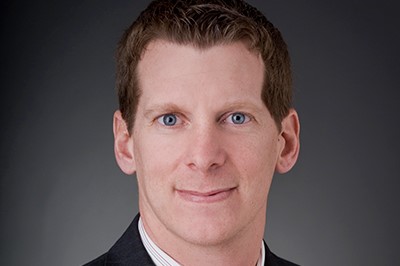 DEVON, Pa — With a new President in the White House and one party in control of both the House and the Senate, tax preparers across the country are wondering what changes are in store for the nation’s tax code. Although some of the most relevant proposals remain hazy, nationally recognized CPA and Forbes tax policy blogger Tony Nitti has been studying the subject of tax reform since well before the 2016 election.

In a new live webinar offered by Surgent, a leader in continuing professional education (CPE) for CPAs and other financial professionals, Nitti will guide tax preparers and tax advisors through known components of Trump’s tax proposals, highlighting those items most likely to become law, and directing individuals on what they should be doing now to prepare for potential changes. From how President Donald Trump’s tax proposals might be reconciled with Representative Kevin Brady’s Blueprint for Tax Reform, to the likely fate of Obamacare and the implications thereof, the timely new CPE series will be of interest and value to many tax preparers.

Registration for this course, “Tony Nitti on 2017 Tax Reform: The Early Season Edition,” is open now at the company’s website, where visitors can choose between a live webinar or a self-study version. Three unlimited CPE packages grant access to the new course and hundreds of others, especially mid-season and late season editions, which Surgent is preparing to offer as well, all with the quality and timeliness that Surgent is so well known for.

“Talk of major tax reform has been in the air since the Presidential election, but firm details have yet to become clear,” said Amy Plent, JD, Senior Vice President of Continuing Education Curriculum for Surgent. “This is not to say that accountants and others should feel forced to remain in the dark about what the future is likely to hold, though. Tony Nitti has been spent years studying tax policy and is an expert in explaining where it is most likely headed. We’re thrilled to have Tony teaching this exciting new course, and we will continue to update the material as more information becomes available.”

President Trump’s official platform includes a number of tax-related goals, including one of reducing taxes “across the board,” but with a special focus on middle-income Americans. As a blogger covering tax policy for Forbes, Mr. Nitti has attracted nationwide attention for attempting to unravel a still-developing situation that has left many feeling unsure.

Nitti’s well-reviewed webinars for Surgent in the run-up to the Presidential election covered likely tax reform developments from a necessarily uncertain vantage point, as the results had not yet been decided. For those who attended any of Mr. Nitti’s pre-election webinars on tax reform, this new course will provide an updated outlook based on new details that have become known over the course of the transition. CPAs and other tax preparers can enter this tax season prepared with the latest information after attending this course, and can plan to attend future courses in the series as they become available.

Courses are offered throughout the month of February. Those interested in attending should register here on Surgent’s website.