Tax Extenders are Permanent Now: Is it All Good News? 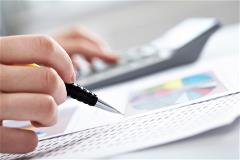 The Protecting Americans Against Tax Hikes (PATH) Act of 2015 made many of the former so called “tax extenders” permanent and extended others a few more years.  By eliminating the 11th hour uncertainty about which tax credits would be available when returns came due, Congress delivered an impressive holiday gift for taxpayers and the CPAs who advise them.  But not everyone’s going to like it.  Read on to learn more about a few lumps of coal that—depending on the taxpayer’s situation—could be tucked away in the PATH package.

Qualified Charitable Distributions (QCDs) from IRA to Charity:
The provision allowing taxpayers over age 70 and a half to donate up to $100,000 from an IRA to a charity without paying tax and claim this as part of their annual required minimum distribution (RMD) is now permanent.  This is good news for high wealth clients who banked on this provision being extended and made a 2015 QCD.  However, those who bet against this particular “extender” surviving and made their full RMD already may be having a Grinch moment.  RMDs made by rollover or distribution cannot be “undone” to allow for a QCD.  As 2015 draws to a close tax planners have mere days to effectuate QCDs for those clients that might benefit and to determine the best way to offset tax impacts for those who cannot take advantage of this provision in 2015.

Exclusion of Discharged Mortgage Debt on Qualified Principal Residence
The PATH Act extends the applicability of the Mortgage Debt Relief Act of 2007, which allows for the cancellation of up to 2 million dollars of discharged mortgage debt in the event of a short sale on a property mortgaged over value.  However, this is not a permanent extension– it lasts only into 2016 (and 2017 short sales that go under contract in 2016.)  For holders of distressed properties, a very stressful clock may just have started ticking.   Should property owners whose values have not recovered bite the bullet and short-sell in 2016 to be sure of their ability to write off cancelled debt?  If someone in this situation holds their distressed property in hope of further improvement in value– and this particular extender does not get extended again– they could be facing a big tax bill in the event of an eventual short sale.

In the interest of fairness to the drafters of PATH, we should note that we looked hard to find any bad news for taxpayers in this law.  In most situations PATH provides certainty and good opportunities for tax savings but as the examples above illustrate, understanding the timing issues and the full implications of the law on individual situations is critical.

Tax Extenders are Permanent Now: Is it All Good News? was last modified: February 10th, 2017 by Surgent CPE