Tax Season Recap – A Look Back At The 2016 Busy Season 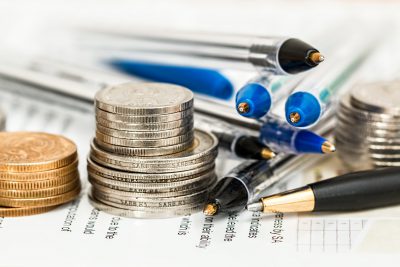 It’s in the Rear View Mirror—Finally! A Look Back at 2016 Busy Season

Whew!  Bet you’re glad that’s over.  Three calendar days later than usual we are finally able to wave “buh bye” to busy season 2016.  But before you drive off into the sunset (or to your closest beach or golf course) and gleefully watch busy season receding into the distance, let’s take a few moments to consider a few of the high and low lights of the year.

So, About Those “No new legislation” Predictions…

Before things got rolling for the 2016 season, most analysts and practitioners believed this would be a slow year for tax legislation and IRS guidance.  There were good reasons to believe this.  For one thing, presidential election years tend to be light years for changes in the tax system.  For another, after the firestorm of change we endured in the 2015 busy season, it was reasonable to think law and rule makers would give things a while to settle down and that the IRS, struggling with a reduced budget, would probably lay low on new guidance.  Boy, were we wrong.  2016’s busy season in fact delivered more significant tax legislation, regulation, and judicial guidance than we’ve seen since probably the ATRA days of 2012.  From the end of the extenders era (thanks to the PATH Act) to the end of Social Security file and suspend (thanks to the Bipartisan Budget Act) to new clarity on tax treatment of same sex spouses (thanks to Supreme Court recognition of the unions) the hits just kept coming.  Through it all, the IRS issued a steady flow of guidance on compliance with the Affordable Care Act for both businesses and individuals.

While the volume of new guidance issued in the 2016 busy season gave practitioners plenty of balls to catch, none of them were curve balls of the magnitude of 2015’s busy season and the repair regulations.  So it’s probably not a surprise that, as of the last reporting, the majority of CPAs participating in CPA Trendlines’ 2016 Busy Season Survey reported that this was a more manageable season than last year.  An improving economy and better client pay rates also contributed to that perception.

In case you needed any more reasons to relax than the simple fact that busy season is over, here’s one more.  According to recently released IRS statistics, audit rates have dropped 22% in the past five years with the total number of audited individual returns now standing at 1.23 million per year—about the same number of returns you probably feel like you prepared in the last three months.

While audit rates are in decline, the needle for identity theft continued to move rapidly in the other direction this busy season.  The IRS reported record numbers of scams and phishing schemes aimed at taxpayers.  Fully 31% of tax preparers reported having concerns or issues related to client identity theft in CPA Trendlines’ 2016 Busy Season Survey.  In fact, identity theft ranked as the number three concern for tax preparers this busy season, behind problem clients and late filings.  This is one trend that’s likely to continue into next season and has many firms and individual preparers scrambling to secure their systems and educate their clients.

But Enough About All That

The important thing is, you’ve survived another busy season.  Congratulations are in order, and a well-deserved rest, during which we hope you don’t spend one minute thinking about taxes.  When it’s time to get back to work and start planning for next season, we’ll be here to help.  Happy new year, tax people!