Tips for 2017 Year-End Planning Amid Our Uncertain Environment 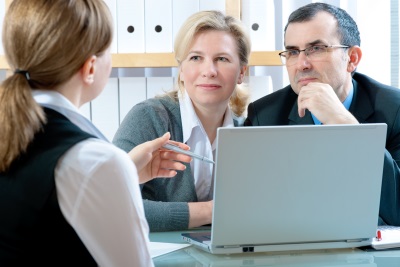 With the House and Senate bills being reconciled in an effort to pass a tax reform law, it is incredibly difficult for a professional to competently advise an individual on year-end planning. To illustrate this point, the IRS itself has punted on usually already issued withholding guidance as it awaits the finalized legislation. Here, however, are a number of tips for 2017 year-end planning, which professionals could pass on to their clients.

Let’s look at the state and local tax deductions. Both House and Senate plans disallow them. There is a $10,000 allowance for property taxes. Much has recently been written about prepaying 2018 estimated payments and property taxes to the extent over $10,000. Yet, recently the news out of Washington could indicate the reconciled law may eventually allow state and local taxes and property taxes fully as itemized deductions. We simply do not know how these will eventually shake out. However, with a proposed standard deduction of $24,000 in the coming tax year, this issue may be moot. If the higher standard deduction eliminates the Schedule A for a particular taxpayer in 2018, prepaying for the 2017 deduction may be a viable option. The risk is inherent with a more affluent taxpayer, probably with itemized deductions regardless, who is advised to prepay, then goes back to the professional annoyed because the state and local taxes and/or property taxes are allowed in full in 2018. Add to this the possibility that AMT was triggered. Calculate the effect and tread carefully.

If you are purchasing real estate in the immediate future, particularly real estate with contemplated property taxes above $10,000, it may be advisable to have the sale close in 2017.

Consider giving appreciated stock to a charity. The taxpayer typically does not pay tax on the gain, including the 3.8% net investment income levy.

Remember to gift according to the annual gift exclusion. In 2017, gifts are allowed to an unlimited number of people up to $14,000. The amount increases to $15,000 in 2018. Also keep in mind the §2503(e) allowance for tuition to an educational organization for education or training or to the provider of medical care as these direct payments escape taxation and are in addition to the annual gift exclusion.

If you will owe a penalty in 2017 for underpaid estimated taxes, a distribution from a qualified plan could fix the problem. Remember the once-a-year rule for rollovers not involving trustees. A client could apply the withheld income taxes to the 2017 amount due then roll over the entire distribution to a traditional IRA. The distribution will not be income, and the withheld taxes could cover the 2017 deficit.

Consider a HSA. An eligible client as of December 2017 is able to make the full year’s deductible contributions ($3,400 self, $6,750 family) all at once. The 2018 limitations rise to $3,450 self and $6,900 family. The HSA is a wonderful tool for clients who can afford the higher deductibles. At 65, the money can be taken out for any reason, not just medical. Contributions escape federal income, Social Security, and Medicare taxes. A 401k contribution, on the other hand, only skirts federal income taxes.

For much more in-depth coverage of these topics, register for one of Surgent’s tax reform webinars or self-study courses.

Nick Spoltore is Senior Director of Tax & Advisory Content for Surgent CPE. Mr. Spoltore is a graduate of the University of Notre Dame and of Delaware Law School. Before joining Surgent, he practiced tax and business law at the firm of Heaney, Kilcoyne in Pennsylvania and also in Delaware.

Tips for 2017 Year-End Planning Amid Our Uncertain Environment was last modified: July 17th, 2018 by Surgent CPE