Trump’s Vow to Abolish The Alternative Minimum Tax: Why This Could Mean More Cash Flow for Families 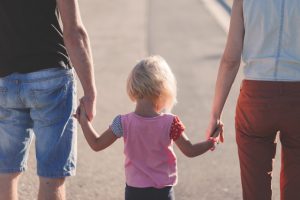 President-elect Donald Trump has proposed eliminating the Alternative Minimum Tax (AMT), a parallel tax that operates alongside the regular income tax. Abolishing this tax could mean more cash flow for families, the population often most often hit hardest with the AMT.

When Congress instituted the AMT in 1969, the goal was to make the tax system more equal. But since the exemption does not rise with the number of dependents, families with children often have to pay additional taxes.

The AMT expands the amount of income that is taxed by adding items that are tax-free and prohibiting many deductions under the regular tax system.

According to the Tax Policy Center, in 2015 families with two children were more than three times more likely to pay AMT than families with no children (5.6% as opposed to 1.8%).

We asked Jack Surgent, MT, CPA, founder and chairman of Surgent CPE, for his take on this statistic, as well as what an eventual repeal of the AMT would mean for American families. “The disparity is even greater with families of three or more kids since they are 4 and a half times more likely to pay AMT as opposed to families with no children (8.1% to 1.8%),” said Jack Surgent. “Similarly, the Alternative Minimum Tax is paid in much higher proportions by married taxpayers and taxpayers in high tax states. An eventual repeal of the AMT would end these seemingly indiscriminate levies and keep that money in the pockets of deserving American families.”

Every tax practitioner should be aware of the mechanics of the Alternative Minimum Tax (AMT). Even when the taxpayer ultimately pays the regular tax, it is often unclear during the client interview whether the AMT applies or not.

The AMT continues to be one of the most difficult concepts in the Code, though it may be eliminated.

Trump’s Vow to Abolish The Alternative Minimum Tax: Why This Could Mean More Cash Flow for Families was last modified: February 13th, 2017 by Nick Spoltore, Esq.