When Fraud Causes a Not-for-Profit to Close its Doors* 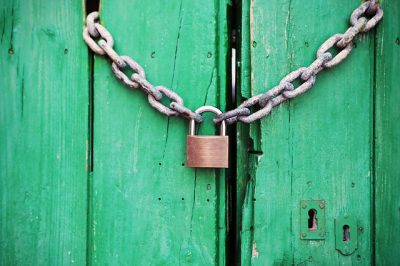 As I drive around my hometown, I see fraud’s effect on not-for-profits.

In an older part of town stands a 60-year-old Methodist Church with an impressive steeple. Even more impressive were the numerous programs the church conducted over the years: distributing food and clothing to those in need, providing free Thanksgiving dinners to those with nowhere to go, and offering daycare for families struggling to get by.

Today, the sanctuary sits empty and the doors are locked.

In 2013, it was discovered that an employee responsible for paying the church’s bills had also written additional checks to herself. The estimated $50,000 lost was simply more than an aging congregation on fixed incomes could make up; the church closed two years later.

For more than 20 years, I have been blessed to work either for or with not-for-profits in different roles. I have often heard that there is little that not-for-profits can do to prevent or detect fraud due to their limited staff and financial resources. This simply is not the case.

Let’s look at some practical fraud prevention and detection measures that any not-for-profit can implement, including those with limited resources.

By their nature, not-for-profits tend to be trusting. All too often, this culture affects the hiring process —a candidate’s information is trusted, but not verified.

All not-for-profits should have policies requiring background and reference checks for candidates applying for positions in their management, accounting and HR functions. Even organizations lacking the funds for such checks have valid options. For example, while writing this article, I did a simple (and free) criminal record search on my county’s website using the employee’s name who stole funds from the church mentioned earlier. The search revealed multiple arrests in the years preceding the discovery of her theft at the church, including two separate arrests involving theft by check. Obviously, this should have been a strong indicator that she was not the person to hire and give check writing responsibilities to. Those few minutes could have saved the church from closing its doors.

Every house needs a watchdog

The not-for-profit’s board of directors often consist of key donors and individuals who are prominent in the community. While this selection approach may help with fundraising and media attention, it often means that there is no watchdog on the board. Not-for-profits should allocate at least one board seat to an individual with financial acumen and business experience. In addition to their knowledge, such individuals can also be useful in smaller not-for-profits by reducing risks posed by limited staffing and a lack of segregation of duties. CPAs are great in this role!

Checking for leaks in the not-for-profit’s cash flows

It is not unusual for not-for-profits to have multiple activities and locations serving as collection points for cash. Sometimes, these collection points are as primitive as buckets, cash drawers on tables or zipper bank bags. Cash is just too tempting and convertible as an asset to depend on everyone’s good morals to be the primary control.

A very healthy exercise for all not-for-profits is to periodically write down all of the cash collection points that they have, and then simply ask what controls and procedures are in place over those collection points to prevent and detect fraud.

Here’s another example of what can go wrong: In its 2011 IRS Form 990, the Smithsonian Institution disclosed that employees of a vendor responsible for collecting visitor parking fees stole funds belonging to the Smithsonian by significantly under-reporting the total number of vehicles that entered the parking lot and pocketing the receipts. The result: an estimated loss of close to $1.8 million. Routinely performing analytical procedures, like comparing current period parking fees with prior periods or trends in museum attendance, may have detected this fraud earlier.

Let me check my receipt for that

Like all entities, not-for-profits may fall prey to fraud involving accounts payable. For example, in its 2012 IRS Form 990, the Association of American Medical Colleges disclosed a fraudulent billing scheme involving fictitious vendors and invoicing. The diversion had been committed by a long-tenured administrative employee resulting in a loss of approximately $5.3 million.

Key warning signs of accounts payable fraud that not-for-profits should look out for include:

Not-for-profits may be subject to fraud in the payroll system by several methods, including the use of fictitious or ghost employees. Key controls to reduce the specific risk of ghost employees include:

No need to reinvent the wheel

Two of the most commonly recommended tools for fraud prevention and detection are fraud hotlines (either specific to the not-for-profit or through a hotline vendor) and mandatory vacation policies. The simple reason these tools are recommended is that they work. A great number of frauds are detected via either tips being submitted to a hotline or another employee having to fill in for an employee who is absent and noticing something unusual. These two tools are also a strong fraud deterrent — a potential fraudster may think twice if they know someone could either turn them in or see something while filling in for them.

Do not let this happen to you

Not-for-profits cannot afford to simply whistle past the graveyard when it comes to fraud prevention and detection or, sadly, they may find themselves residing there someday. It is an absolute tragedy for a not-for-profit to have a great history and mission, but find itself sitting empty with locked doors due to fraud.

Interested in learning more? Attend one of these webinars on Fraud and Abuse in Not-for-Profit Entities and Governments.

Charlie Blanton, CPA is Director of Governmental and Nonprofit Product Development for Surgent, where he authors Surgent’s government and not-for-profit CPE courses and is a frequent webinar instructor. Charlie may be reached at blantonc@surgent.com.

*This article first appeared in Footnote, the Magazine of the Minnesota Society of Certified Public Accountants, and is republished with permission.

When Fraud Causes a Not-for-Profit to Close its Doors* was last modified: February 15th, 2017 by Surgent CPE