A Year in Review: The Biggest 2016 Tax Developments to Take With You, and What to Watch for 2017 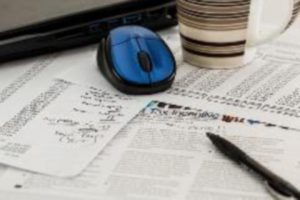 As we close out 2016 at Surgent Professional Education, we’ve rounded up some of the most impactful tax developments of 2016 – a monumental election year that delivered a push-and-pull of amendments, policy developments, and news bulletins. Keeping in mind the looming possibility of tax reform in 2017, we’ve also highlighted the areas we’re watching for 2017.

The Biggest Tax Developments of 2016

The 21st Century Cures Act. Signed into law in December, this law included provisions allowing small businesses to offer health reimbursement arrangements to their employees under certain defined circumstances. These arrangements, which had long been one of the most cost effective ways for small employers to offer a health related benefit, were sanctioned by the IRS in post-ACA guidance and employers who utilize them no longer face stiff penalties. The new law has been welcomed by small business advocates but remains under the shadow of potential change as part of overall tax and ACA reform in a Trump administration.

The 9th Circuit Court of Appeals decision. The IRS announced in July that it was acquiescing to a 9th Circuit Court of Appeals decision (Voss, 2015-12 USTC 50.427) holding that the $1.1M mortgage interest deduction debt limits under Code Section 163 apply to unmarried co-owners of real estate on a per taxpayer, not a per residence, basis. This could have a very significant impact on high-wealth taxpayers purchasing or holding real estate jointly.

Extenders. Yes, the 2015 PATH Act made many extenders permanent, but not all of them. Those that were extended only into 2016 were not addressed by Congress before it recessed, so they’re back in limbo. These include the deduction for higher education tuition and fees, mortgage debt forgiveness tax relief, and deductibility of private mortgage insurance. These will likely be addressed as part of 2017 tax reform and could be rolled back or made permanent.

The sharing economy. The IRS expressed increasing interest in the sharing economy in 2016—both in terms of providing taxpayer guidance for individuals participating in it, and in terms of ensuring that the government was not missing out on payments to which it was entitled. Our money is on the issuance of guidance during 2017 addressing the tax and deduction framework for Uber and Lyft drivers, Airbnb hosts and Etsy merchants.

Overall tax and ACA reform. While the items above are ones to watch, we might be missing the forest for the trees here. The election of President Trump with a Republican controlled Congress clears the way for full scale tax and ACA reform. The president elect has promised both but thus far has not shared many details of the what, how, and when, making 2017 potentially the most surprising and eventful tax year in a long while.

A Year in Review: The Biggest 2016 Tax Developments to Take With You, and What to Watch for 2017 was last modified: February 9th, 2017 by Nick Spoltore