How Will GASB No. 75 Impact Governments? 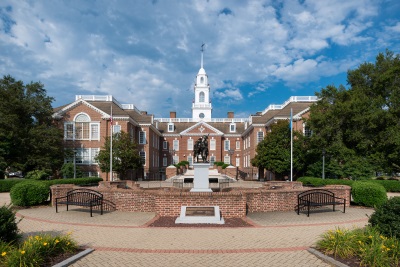 Historically, governments have reported an OPEB liability equal to their cumulative amount of unpaid annual required contributions (i.e., a funding approach). In GASB No. 75, the GASB has taken the approach that OPEB benefits are basically a deferred compensation cost which has been earned by employees and thus the true liability needs to be portrayed in the financial statements (i.e., a full-accrual approach). Most changes in the OPEB liability will be recognized immediately as OPEB expense. However, in certain places deferred outflows/inflows of resources will arise which will be amortized.  These changes will occur in the full-accrual statements.  For the governmental fund-based (i.e., modified-accrual) statements the accounting will be similar to what we have had historically.

Although smaller than pension benefits in terms of dollars, OPEB can have a volatile impact on a government’s finances. The actuarial OPEB liability is generally less stable than the actuarial liability for pension benefits for several reasons including: [1] healthcare costs have been rising at an unpredictable pace over the past decade while pension costs tend to be more predictable; [2] OPEB plans tend to be much more prone to change than pension plans; [3] OPEB often stop when employees reach a certain age (e.g., Medicare age) so they tend to be projected over a shorter period of time (which exposes them to current market fluctuations) compared to pension benefits which last for a longer period of time (and therefore are less subject to current market fluctuations); and [4] the constant possibility of legislation affecting healthcare benefits/costs. Another reason that OPEB can have a volatile impact on a government’s finances is that many governments have historically funded OPEB on a pay-as-you-go basis from general revenues. Thus, some of the increased benefit cost has been felt immediately with little warning as historically the true OPEB liability was not shown on the face of the financial statements.

Interested in learning more? Sign up for one of our upcoming live webinars or self-study courses here. Earn CPE and obtain a strong, working knowledge of GASB No. 75 and other developments regarding government and non profit accounting.

Charlie Blanton, CPA is Senior Director of Governmental and Nonprofit Content for Surgent CPE, where he authors Surgent’s government and not-for-profit CPE courses and is a frequent webinar instructor. Charlie has over 25 years of experience in auditing and industry having worked at KPMG, the Texas Society of CPAs, Taylor Publishing, Texas Wesleyan University, and the AICPA.

How Will GASB No. 75 Impact Governments? was last modified: February 23rd, 2022 by Richard Daisley, CPA